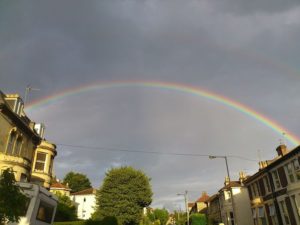 You could be forgiven for thinking that current housing market news is all about Brexit, and the possible impact of the referendum result in the short to medium term. However, there’s other interesting news of which (I think) you should take note.

Help To Buy – Less than three months and counting.

At the start of this month the Government announced the end of the Help To Buy Mortgage Guarantee scheme, which at first glance would seem to be a blow to first time buyers, and others with smaller deposits. The scheme was initially launched with great fanfare, rhetoric and spin, and amid blanket media coverage. There is now less than three months before the scheme closes, and due to there being no hype, or many column inches sharing the news, it seems that many of those affected may be unaware of the change.

The scheme was a helpful shot in the arm for the mortgage market, as we began to try and establish a stronger recovery following the financial crisis of 2008. After George Osbourne launched Help To Buy Mortgage Guarantee in 2013, figures in the Daily Mail recently show that product numbers for 95 per cent mortgage borrowing more than doubled in three months, from 44 in September 2013 to 116 in January 2014. There is a strong argument to suggest that the (then) Chancellor’s scheme did what was needed, when it was needed, and offered real help as market confidence returned.

What effect will the end of the scheme have?? These are different times; were three years on, and because confidence has returned, there are many lender / products available now that don’t rely on the scheme for support. The market for those with a deposit of 10% or less is well served, and I therefore don’t expect that the end of the scheme will have a big impact.

Can you still Buy To Let?

There’s other news in the buy-to-let, and it was reported recently that there are more dark clouds on the horizon for the already squeezed buy-to-let market as one of the market leaders, The Mortgage Works, amended the rental income requirement criteria. Under the new rules a coverage of 145% is needed, as opposed to the 125% previously accepted. In real terms what does this mean? For a mortgage of £200,000 you would previously have needed £1,145 rental income per month, but under the new rules the amount has increase to £1,329. The increase of £184 per month is significant, and may mean that some purchases are no longer considered viable by landlords, or that less equity is available to secure against.

The Mortgage Works and Birmingham Midshires have been the backbone of the buy-to-let market for the last decade and more. I don’t have to think back too far to remember a time (post 2008) when they were really the only players left in the game! These are the two providers that are viewed by many in the market, including borrowers, brokers, and also other lenders, as market leader s to watch. It is inevitable that other providers will amend criteria and follow their example, but there are (at least in the short-term) still some great buy-to-let opportunities available from their competitors. If you are looking to get into the market, expand an existing portfolio, or review your existing arrangements, please give me a call today.