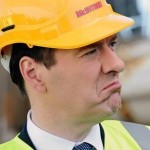 With approximately six weeks remaining until the implementation of the higher stamp duty rates for second properties, we take a look at the potentially wide reaching implications that these changes could bring. No one knows what the impact of changes will be, but we’ll take a look at some scenarios that could play out….

From April 2016 a 3% surcharge will be applied to second property purchases and a lower initial threshold of £40,000 will be introduced. The vast majority of second home purchases will (of course) fall outside this threshold.

When these amendments to Stamp Duty (from April) were announced in the Autumn statement in November, it was claimed that new policy would ‘support home ownership’. It was made clear that the target was to discourage, and ultimately reduce, the number of investments in Buy to Let properties and second / holiday homes. However, based on the consultation paper published in December, it seems likely that other unsuspecting victims will be caught in Mr Osborne’s net. The final policy will be announced in the budget on 16th March, and new rules applied just 16 days later. 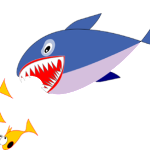 Most concerning is the feeling that this policy is attacking the goldfish and continuing to feed the sharks. With individuals receiving poor returns from hard earned savings, unsurprisingly some have been looking for ways to achieve improved returns. Some people that Moving Experience has worked with recently are considering property in order to expand pension opportunities, others wish to satisfy a love of restoring tired old houses to their former glory, and we also have clients motivated by a desire to give children a head start in the future.

Under the new rules, from next month these are the little golden fish swimming in the big pool of the housing market, which will be made £3,000 worse off if they purchase a property for £100,000 and £5,000 if the property is £200,000*. Whereas the guys that are really pushing the market, potentially making it more difficult for first time buyers, will continue to surf around and experience no change in currents. The Autumn Statement indicated an exemption from higher rates will apply to corporates and funds (such as companies, and pension and collective investment schemes) that have an existing residential property portfolio of at least 15 properties What are the potential effects post April? Well a couple of things could play out:

Will the change in Stamp Duty and the planned new house building announced by Mr Osborne really stimulate the market resulting in more owner-occupiers? To be honest we are a little sceptical. House building on the targets Mr Osborne has set takes years not months and with lots of demand across key areas such as London, Bristol and Manchester we just don’t think supply can meet current demand. We don’t have a crystal ball, and it is clear that Mr Osborne doesn’t either, but we are concerned that this policy is another case of PR spin that will not help the people it’s intended to help, and that ultimately the people feeling the pinch will be people like you and me.       *Comparison figures taken from gov.uk .