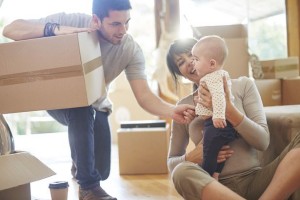 The Economist reported a year ago that Birth Rate figures had relentlessly risen from 2001 until there was dip to a little under 700,000 during 2013. Figures published by the ONS this week indicate a continuing downward trend with figures showing 695,000 new babies in 2014.

These stats surprised me a little. Maybe its because I’ve become more sensitive to ‘baby stories’ since becoming a dad, but with congratulations due to celebrities including Benedict Cumberbatch, Jack Osbourne, Keira Knightley, Jude Law and of course Prince William & Kate, who have recently welcomed additions to the family, plus expected arrivals announced by Michael Buble, Katherine Jenkins, and Kim Kardashian / Kanye West, I wouldn’t have thought that the ‘baby boom’ was a declining trend!

A key difference between you and me, and the names that are highlighted above, might be the amount of thought and planning that needs to be invested prior to starting or extending our families.

Only 1 in 4 parents wait until they have (or think they have) enough money before having a baby (according to the AXA 2013 Big Money Index) and as a man who has ‘been there and done that’, becoming a parent within the last 2 years, there’s certainly a few points that (personally and professionally) I’d encourage you to consider when contemplating your future bundle of joy.

Space
Is your home too small? Perhaps you live in a flat and would rather be in a house with a garden. Perhaps the 2 bedrooms aren’t sufficient, and you’ll find yourselves soon looking to upgrade.

Security
Are you renting? The added responsibility of a family may mean that you’d like to ‘control your own destiny’ and buy your own place, rather than be reliant on a landlord and his / her vision of the future.

If buying a new home to accommodate a future change is something that you’d be likely to consider, then it makes sense to get advice about your options sooner rather than later.

Borrowing Capacity – Most lenders now use affordability calculators, rather than income multiples, to calculate maximum loan amounts. If you’re a couple who have a child, then your borrowing capacity is automatically going to be lower than a couple that doesn’t. This is due to expected increase of household costs.

Does this mean that you should ‘max out’ your borrowing capacity while it’s just the two of you, and just before baby arrives? I’d suggest probably not, because a year later when you’re bringing baby home, and there’s a reduced family income, you could find yourself in trouble due to over-committing now. Use common sense, and work to a sustainable plan.

Reduced income – One of you may choose to spend an extended period at home, getting to know and caring for the new baby. Maternity leave can place extreme strain on the family finances, as you learn to manage the impact of an average additional £300 per month cost for items needed for your child (Money Advice Service), at a time when one of your incomes may have temporarily disappeared. These challenges can potentially be overcome with some forward thinking, setting funds aside and working to a carefully considered budget.

Is it a great time to move house, following a recent birth? Again, probably not, because borrowing capacity could be restricted in some instances, and you may find it difficult to evidence all of the income sources upon which lenders base their decision, plus (from a practical point of view) who wants to be painting a whole house as opposed to just a nursery?

Returning to work – This may impact on your expenditure. The good news is that income might increase again to same or similar levels, but bad news is the cost of nursery fees. A four-day working week (assuming £40 per day, for 50 weeks) will cost you an additional £8,000 per year, and unsurprisingly this will impact on your affordability when a lender calculates maximum borrowing.

In a previous blog I shared some money saving ideas and talked about the importance of protection for your family. I can honestly say that I take both pride and comfort in knowing that I’ve made arrangements to ensure that if anything were to happen to me, whether it be illness, accident, or death, my family can be financially secure. There are some fundamental, and low cost, basics that every parent should have covered, and again I’d suggest this is an area in which you seek advice.

If you’re hoping to buy your first or a larger family home, call us for advice on 0117 204 7441 ore email enquiries@moving-experience.net.